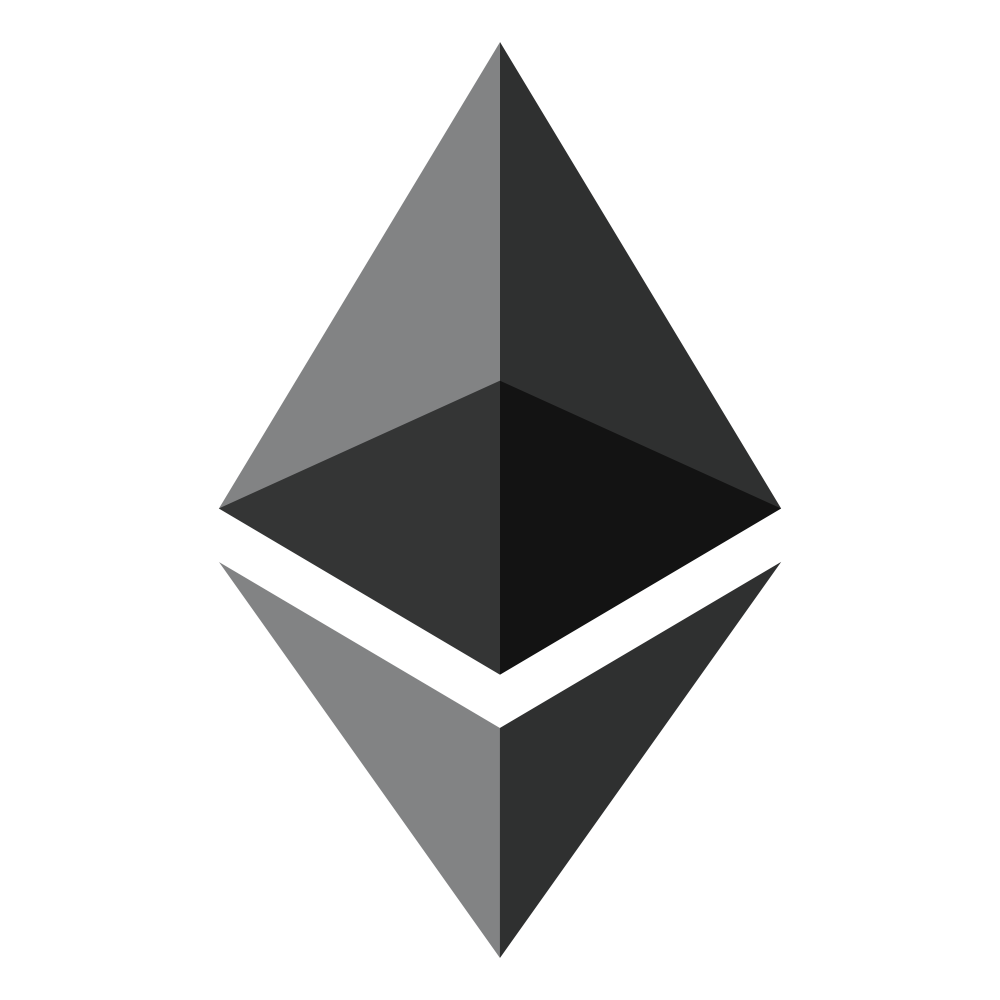 Conception to token sale
Vitalik Buterin conceived Ethereum in 2013, after what he perceived as limitations in the functionality of Bitcoin’s scripting language, namely the lack of Turing completeness. Buterin published the first Ethereum white paper later that year, describing a distributed computing platform for executing smart contracts and building decentralized applications (dApps). In 2014, Buterin and some other early contributors founded the Ethereum Foundation, a non-profit organization dedicated to Ethereum’s research, core protocol development, and ecosystem growth. The foundation’s first task was to host the Ethereum crowdsale, which raised 31,529 BTC (~$18 million at the time) in exchange for about 60 million ether, and use the proceeds to fund the network’s initial development. The Ethereum Foundation continues to be the primary funding organization, issuing grants to research teams and projects focused on Ethereum.

The rise of initial coin offerings (ICOs)
Ethereum’s mainnet launched in July 2015, with the first live release known as Frontier. Shortly thereafter, Augur (REP) conducted the first Initial Coin Offering (ICO), in which the startup sold its Ethereum-based REP tokens (created via the ERC-20 standard) to help fund the project. The ability to develop and sell a newly generated token to help raise capital became an attractive method of fundraising because projects could circumvent the legal policies and costs required from traditional companies (until more recently). Ethereum-focused startups created thousands of new tokens since Augur’s ICO, raising billions of dollars in the process.

The DAO hack
In April 2016, a decentralized venture fund known as The DAO hosted an ICO, raising ~$150 million in ETH in the process. A few months later (July 2016), an attacker exploited a bug in one of The DAO’s smart contracts, enabling the guilty party to siphon 3.6 million ETH. A significant portion of the Ethereum community opted to revert the chain to remove The DAO and its subsequent hack from the network’s history. The remaining stakeholders held the preservation of immutability in higher regard and refused to accept a ledger rewrite. The divide in the community led to a contentious hard fork a few weeks post-hack, causing a permanent split in the network. The legacy chain that did not reverse its transaction history is now known as Ethereum Classic ($ETC).

The path to scalability: Ethereum 2.0
Scalability is a known limitation for the current state of Ethereum. Periods of high user activity, as seen during the CryptoKitties launch in Nov. 2017 and the DeFi bonanza during the Summer of 2020, can cause transaction times and fees to skyrocket, which often prices out retail users and newcomers.

The potential shortcomings of Ethereum’s current design are nothing new to Ethereum developers. Various teams have been working since the launch of Ethereum to upgrade the network to account for better scalability and security measures without compromising the community’s values of decentralization. The current plan is to swap Ethereum’s consensus layer from Proof-of-Work (PoW) to Proof-of-Stake (PoS) and implement a scaling technique known as sharding in a massive upgrade called Serenity (also referred to as Ethereum 2.0).

Ethereum developers have broken down this upgrade into three or more phases to minimize complexity as they add more features. The first phase Phase 0 has a minimum launch date of Dec. 1, 2020. It will bring the Beacon Chain (the backbone of Ethereum 2.0) to life and enable the network to bootstrap a stable of validators to ensure network security. The following phases are being developed in parallel but might take several years before they reach completion.

Ether is used to pay gas fees on every transaction. Once migrated to Eth2, validators will stake the tokens to participate in consensus and receive block rewards.

With the Beacon Chain in production, users can deposit their ETH into the Deposit Contract to claim a validator slot on the Ethereum 2.0 network. Validators have the right to stake ETH on the Beacon Chain to participate in block production and earn staking rewards.

Modified GHOST protocol
The Ethereum White Paper states Ethereum uses a modified version of the “Greedy Heaviest Observed Subtree” (GHOST) protocol to distinguish the “longest” base chain (the chain with the most accumulated Proof-of-Work backing it) from forks. Nakamoto Consensus, the implementation used by Bitcoin ($BTC) and its forks, is problematic in networks with fast confirmation times (i.e., block times) like Ethereum. Quick block times lead to a higher stale or orphan rate, which can split mining resources among competing forks and reduce overall network security. Accelerated confirmation times also increases the likelihood a single mining pool could obtain a majority of the hashpower on a given chain.

The GHOST protocol attempts to solve this issue of network security by including orphan blocks in the calculation of the longest chain. Therefore, the GHOST model determines the valid chain by weighing the parent and further ancestors as well as the number of stale descendants. The protocol also rewards the mining of orphan blocks directly connected to the longest chain to combat potential centralization concerns. Orphan block miners do not receive any transaction fees, only a portion of the block subsidy, as stale transactions are not considered valid.

Some say GHOST works better in theory than in practice, claiming Ethereum further modified its consensus implementation before (or soon after) launch to avoid security complications. Others suggest the Ethereum consensus model better resembles Nakamoto consensus or a modified version of the Inclusive protocol. But the inclusion of EIP-100 in the Byzantium fork changed Ethereum’s difficulty calculation algorithm to include orphan blocks, which indicates the proposed modified GHOST implementation is intact. Regardless of the security model classification, Ethereum continues to reward orphan block miners with 87.5% of the base block reward.

Mining
Ethereum miners solve computational puzzles to generate new blocks by running the Ethash Proof-of-Work (PoW) algorithm. In this process, miners compete to discover a valid hash, using the Keccak-256 and Keccak-512 hash functions, as defined by Ethereum’s difficulty adjustment algorithm. Unlike Bitcoin’s biweekly adjustments, Ethereum recalculates its difficulty level every block based on the time between the two previous blocks.

Cryptographers designed Ethash to be ASIC-resistant by making it memory intensive for specialized mining chips. But the popularity of Ethereum led mining chip manufacturer Bitmain to release the first ASICs miners for Ethash in April 2018. The majority of the Ethereum remains opposed to ASIC miners, as evidenced by its support for the ProgPoW EIP (a likely inclusion in the second Istanbul hard fork). Ethereum also plans to transition to a Proof-of-Stake (PoS) consensus model, which would render any mining equipment obsolete.

Account-based model
Ethereum is an account-based blockchain consisting of external accounts, which are controlled by a user’s private keys, and contract accounts, which are managed by contract code. External contracts can create and sign messages to send to both types of accounts, while contract accounts can only execute transactions automatically in response to a message they have received. The latter are what are known as smart contracts and enable the programmability of decentralized applications (dApps).

Ethereum Virtual Machine
The heart of the Ethereum blockchain is known as the Ethereum Virtual Machine (EVM), which is the part of the protocol that executes transactions. It is a Turing complete virtual machine featuring a specific language “EVM bytecode,” typically written in a higher-level language called Solidity. Every operation on the EVM requires computational effort and memory. Ethereum node operators and miners provide these scarce resources to application developers and network users in exchange for gas. Different operations require different amounts of gas, and the user can specify how much they are willing to pay in ETH for each unit of gas. The amount of gas required for the transaction, along with the price paid, becomes the transaction cost. Every transaction also had a gas limit to prevent attacks from overloading blocks, which could slow down block production.

Developer tools and token standards
Ethereum adopted Ethereum Request for Comment (ERC) 20 in late 2015 as a standard for Ethereum smart contracts to issue tokens on the platform. The majority of tokens built on Ethereum are ERC-20 compliant, meaning they follow a standard set of rules defining how they are created and used. Another more popular token rule set is ERC-721 with standardizes the issuance of non-fungible tokens (NFTs) where any given token is distinguishable from another making them popular for gaming.

Ethereum 2.0
As Ethereum transitions to Eth 2.0, it will undergo significant changes to its design. It will transition from Proof-of-Work to Proof-of-Stake and feature a sharding architecture. Currently, nodes must validate every transaction to maintain an updated global state. The new sharding model segments the network into various groups (called shards) and randomly assigns nodes to each shard. Rather than having to monitor the entire chain, nodes only have to validate their respective shard(s). Individual shards shared their transaction details with the Beacon Chain, which acts as the backbone of Ethereum 2.0. The Beacon Chain serves to validate the transactions on each shard, helping the entire network reach consensus. It also identifies dishonest validators and initiates penalties in the form of slashing, in which a portion of a validator’s stake is removed from circulation. Eth 2.0 will also replace the EVM with Ethereum WebAssembly (eWASM), which intends to translate coding logic more efficiently and help improve Ethereum’s scalability.

Ethereum operates similarly to Bitcoin through off-chain, informal governance. In this model, developers can submit protocol upgrades, dubbed Ethereum Improvement Proposals (EIPs), on Ethereum’s open-source GitHub repository. Core Ethereum developers then discuss new proposals, with additional input from the extended community. If approved by a majority vote, core developers merge the changes into the base code. To avoid complications post-merge, node operators must update their clients to the latest software.